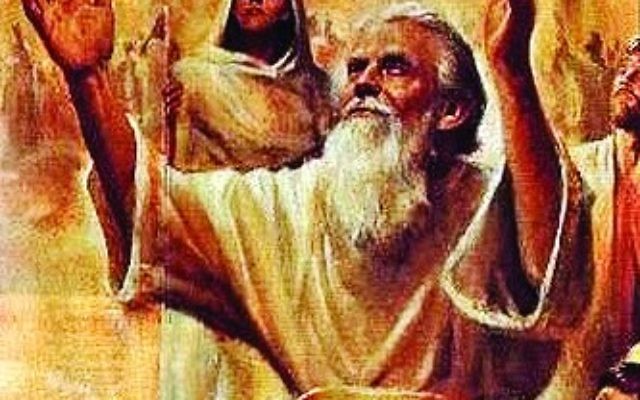 THEN BEGAN MEN TO CALL UPON THE NAME OF THE LORD.

Shalom.
Today is yet another gift from God,which he has graciously granted unto us to see it.

Welcome.Let us together meditate on the wonderful and precious words of God (the Bible),as we can see the day approaching.

Today,we shall look at two characters in the book of Genesis,the choices they made and the consequences of their choices to their offsprings in the seventh generation.

The first person we shall look at is Cain and the second is Seth.

We all know that Cain was the first person to invite God’s curse upon his life.God told him that he would be a vagabond and a person without a dwelling on earth,all his life.

Today,many people think that because of the curses God pronounced unto him,Cain became insane and poor,and lived just like the mad people do.But if some of us had lived during his time,I suppose many would admire to be friends with Cain.Moreso those who look at one’s success in life as a measure of being blessed by God.

For the Bible tells us that Cain was very prosperous, and his sons were very intelligent,learned,with skills in various works of art and invented many things.(Read Genesis 4:16-24.)Indeed,Cain was more blessed materially than Seth when compared.

However,things were quite different with Seth,a son born instead of Abel,who was slain by Cain.A short period after he begat his son,Enos,Seth saw that life and everything were not as they should have been.Life seemed empty and meaningless without God;no matter how hard they worked to live comfortably.It was like the Possessor of the universe had remained silent, saying nothing at all.He therefore felt the need for him and his children to seek God.Rather than to continue living for themselves and deciding matters on their own,apart from God.

So,Seth and his children began to strategize and plan ways through which they could seek and find God whom they lost.Perhaps,they began to learn how to pray, making fasts,and living uprightly.They must have also learnt to offer various sacrifices to God and sought him diligently by calling upon his name.

The Bible says in:

“And to Seth,to him also there was born a son; and he called his name Enos:then began men to call upon the name of the Lord.”

For Cain,what mattered most was education, economy and invention.They did not think of God as the one who is more important than anything else in the world.

Consider the consequences of the choices made by each of the two people down through to the seventh generation.

You will see that the descendants of Seth continued to walk with God,until the seventh generation when a man named Enoch was born.He too walked with God and was at last taken up to heaven by God in a whirlwind.We can that it was because of their diligence in seeking God that their after-bear was taken up to heaven.

An offspring born to Cain in the seventh generation was called Lamech.He was ten times more wicked than his progenitor (forefather),Cain.Lamech was a murderer,who killed so many innocent people.Yet his descendants flourished and prospered in the land.

And Adah bare Jabal:he was the Father of such as dwell in tents, and of such as have cattle,

And his brother’s name was Jubal:he was the Father of all such as handle the harp and organ.

And Zillah,she also bare Tubal-cain,an instructor of every artificer in brass and iron:and the sister of Tubal-cain was Naamah.

And Lamech said unto his wives,Adah and Zillah,Hear my voice;ye wives of Lamech, hearken unto my speech:for I have slain a man to my wounding,a man to my hurt.

If Cain shall be avenged sevenfold,truly Lamech seventy and sevenfold.”

These two generations still exist even in this present age.In the new testament,they began since the time of Jesus until then.The first generation descended from the early church at Ephesus which was began by the apostles.From the day of Pentecost, people began to call on the name of the Lord, and Christ promised that he would come to take them up to heaven in an action of rapture.But God has destined that rapture should take place during the Seventh and the last church,in which we now live,called Laodecea(Revelation 3).

One of these days,the saints who live in Laodecean Church will be taken up in the event of rapture to heaven,to be with God forever.This event will take place so as usher in the period of the great distress upon the whole world.

The second generation belongs to the Devil, and this does not know nor have they anything to do with God since the days of old.They value the things of the world such as education,money,prosperity,etc,as being the most important things.If you tell them about God,they mock and laugh at you.Also,if you tell them that we live in the last days,they say your message is only a story of old.

These are end times, and we live on the verge of time.If you are a Christian,do not cease from calling upon the name of the Lord as long as you have time to do so.For in not so long a time, whether alive or dead,you will be taken up to heaven at the day of rapture, just like Enoch.And this will mark the end of your suffering.

However,if the good news of salvation sounds like noise to you,I counsel you to change now.Turn to Christ and he will receive you and change your motives.